Texas War of Independence: On a Mission

My efforts in the last week of 2021 to complete my pseudo-Alamo mission unfortunately came to naught but I was finally able to bring it around on the New Years weekend. I struggled mightily with some of the details, particularly the wooden parts in the redoubts etc. Although I've painted many wooden terrain features to satisfaction over the years, this time around I became rather flummoxed by the attempt. So much so that at one point I re-primed the wood and started over. My first attempts were frustrated by stubbornness. As I continued to make mistakes, I tried to push forward and correct them... leading merely to a worse situation. Thus, the starting over. Even after the second attempt was much better, they still aren't to my full satisfaction but will do (in other words, I'm not gonna start again for the third time).

I chose not to purchase the entire Sarissa Alamo (cuz that would be just silly, no?) and landed on what I call my pseudo-Alamo. It's big enough to play out some mission siege games and flexible enough to create a number of smaller, more discrete built up areas for different scenarios. Next up for this project are some scatter terrain bits and portable firing steps for the higher walls.

Adding in the Sarissa church to fill the courtyard. 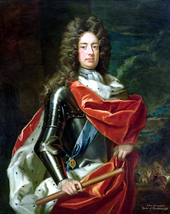